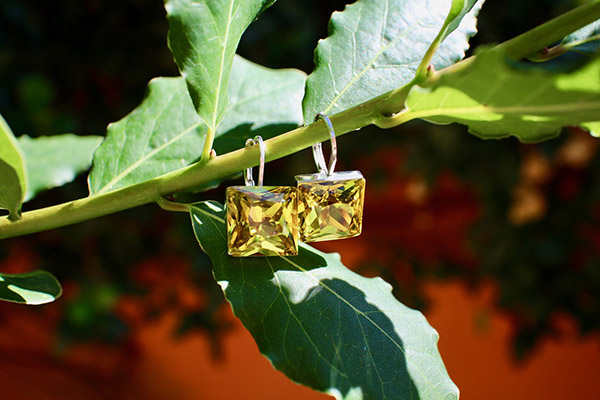 Individuals born in November can celebrate with two bright and beautiful birthstone options – Topaz and Citrine. Both of these gems are known for their calming energies and for bringing warmth and fortune to those who wear them.

As with other gemstones with a prominent color such as rubies or sapphires, throughout much of history, all yellow gems were considered to be topaz and that all topaz were yellow. However, we now know that’s not the case and that topaz can be found in many colors.

Pure topaz is a colorless stone, and it becomes tinted by impurities. Precious topaz ranges from brownish orange to yellow. The most prized color is Imperial topaz, which features a vibrant orange hue with pink undertones.

Measuring 8 on the Mohs scale, topaz is a durable gem but needs to be cut correctly in order to avoid chipping or cracking.

What Does Topaz Symbolize?

During the Renaissance in Europe, it was believed that topaz could break spells and control anger. Topaz was sacred to Hindus, believing is would bring wisdom and longevity to one’s life. African shamans also treated the stone as sacred, using it in their healing rituals.

Nowadays, Topaz is still believed to be a soothing stone that has been said to calm tempers, and eliminate nightmares.

Citrine is a variety of quartz that ranges from pale yellow to brownish orange in color. The gem’s name comes from the citron fruit because of the shades it’s found in. Citrine’s yellow hues are caused by traces of iron in quartz crystals. Its color is why throughout history it was often confused for November’s other birthstone, topaz.

Citrine has a hardness of 7 on the Mohs scale, making it a good fit for large, wearable jewelry.

What Does Citrine Symbolize?

Sometimes known as the “healing quartz,” citrine is believed to have the ability to comfort, soothe and calm. It is said to release negative feelings, spark imagination and manifest fresh beginnings.

Some refer to it as the “merchant’s stone” for its affinity to attract wealth and prosperity.

Throughout history, citrine was believed to carry the same powers as topaz, including the ability to calm tempers, soothe anger and manifest desires. Because of this, Egyptians used citrine gems as talismans, the ancient Greeks carved iconic images into them, and Roman priests fashioned them into rings.

Are you searching for a unique piece of topaz or citrine jewelry? Call Victoria Jewelers at (407) 895-0047 or contact us online today to learn more about our custom jewelry process and how we can create a beautiful piece of jewelry designed just for you.